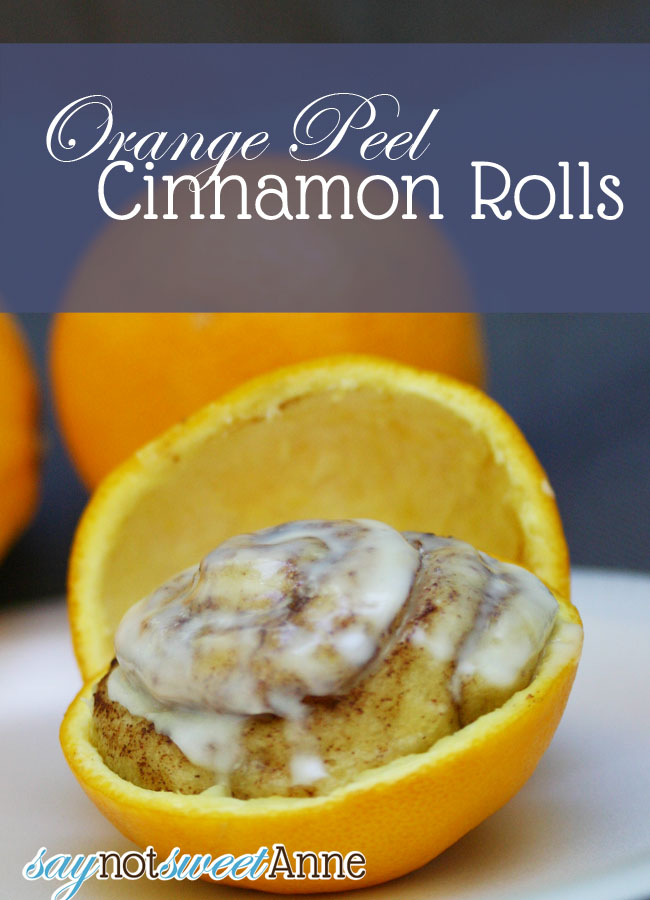 Whenever I go camping, I tend to bring a lot of  camp food. Something about cooking over a fire just amazes me. I think it is partially the idea that open-fire cooking is almost as old as humanity. Partially, I think it’s because of the child-like joy I get unwrapping something from tinfoil and discovering a tasty treat inside. So, when I came across Ben’s article about Orange Cinnamon rolls– I had to see what it was all about.

This can’t really be considered a recipe, as pop-fresh cinnamon rolls take the hard work out of it. I suppose you could do this with home made cinnamon rolls, but you might want to use your oven and grill. I don’t know if I’m enthusiastic enough to make camp food cinnamon rolls from scratch with nothing but my camp kit and a picnic table.

We made this the first morning of our 4 day camp stay, and everyone loved them! I had to make a second round in the same shells just to appease the masses. I call that a success!

How To Make It