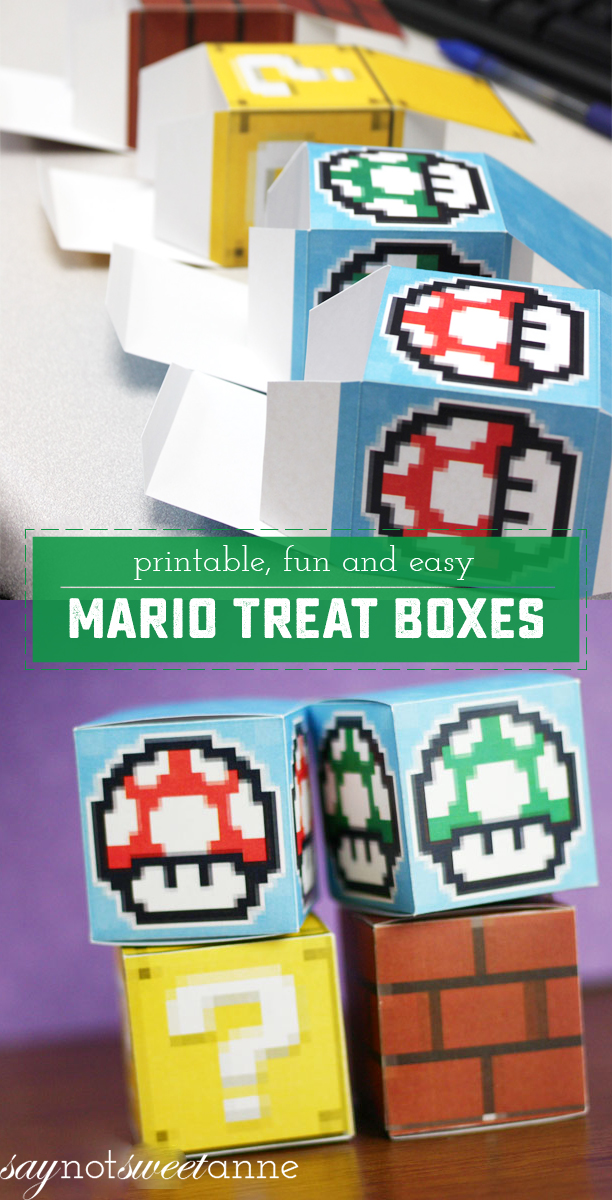 It is no secret that Hubby and I are gamers. In the past I’ve shared Minecraft creeper marshmallows, Printable Minecraft costumes, Zelda themed swaddle blanket and this awesome Zelda themed ceramic mug. Today though, I’m going even more old school. I’m talking the Nintendo Entertainment System, baby! The console itself was released in my husband’s birth year, and it is something that he grew up with. (My family opted for computers over consoles, even back when DOS was a thing. But that didn’t keep me from playing at my cousins’, friends’ and babysitter’s houses.) And from that nostalgia comes these Printable Mario treat Boxes!

I can’t get over how much I love the look of these little Mario Treat boxes. They are so bright and vibrant, and the 8 bit graphics take me right back to the late 80s and Early 90s era of classic video games. The concept of the boxes is simple, and follows the method you’ve probably seen before in all of my countdown block sets. They come together pretty quickly after a little work with some scissors and tape/glue. I think they’d make great party favors, or even little gift boxes.

How To Make Them:

That’s it! Feel free to make as many as you want. They would be awesome for Father’s Day, Valentine’s Day, or even a themed party favor for a birthday party, shower or wedding!