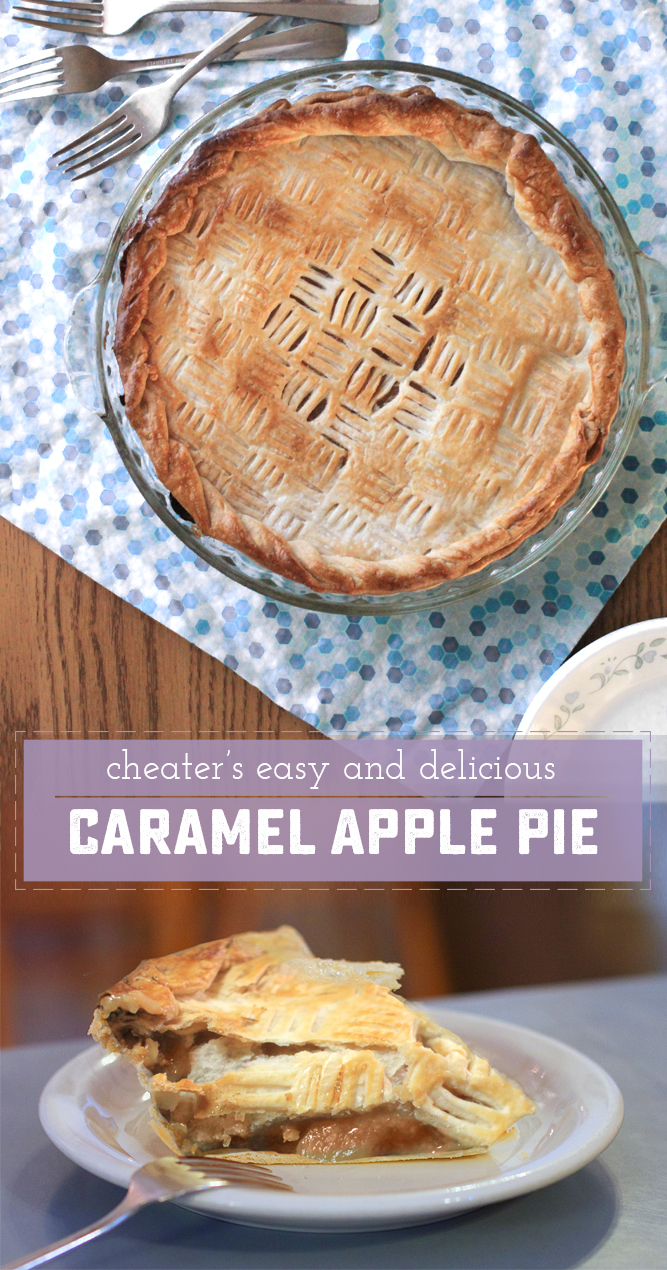 Secret: I was once involved in a years long pie war with my uncle. You see, right around the time I started bringing pies to family gatherings (of which we have many), my uncle decided he needed to bring a pie too. And, teasing uncles being what they are – my uncle Jake took every opportunity to tell me his pies were better than mine. Of course he was wrong. And I told him so. Every subsequent year we’d each bring a newer, better pie, or a fancier crust. I began cutting hundreds of tiny fall leaves to crown my pecan pies. He stuck with sprinkled cinnamon on his custard pie (I know, unoriginal right?) Eventually my uncle failed to produce a pie at Thanksgiving, and we all know that is forfeiting.

It is really kind of a shame that I won the Pie war, because This Caramel Apple pie will not only blow your mind, it would have knocked uncle Jake’s socks off! It’s simple, easy, and amazingly tasty. Using a few almost-home-made ingredients it comes together in just a few minutes with results that will make guests (or your uncle!) think it took you hours. Cheater’s Caramel Apple Pie is also good for last minute treats for parties and events that you forgot about, since ingredients include canned apple pie filling and caramel sauce, which are two pantry staples that you can always have on hand.  Yeah, this pie would totally win a pie war.

And do you see that crust?! This pie has got strong crust game.