During pregnancy people would often ask me about any “weird” cravings I had. I have to admit, there weren’t any. I mean, I craved a ton of sweets, but that isn’t really that different from non-pregnancy me. What I did notice though, is that I was having a lot harder time saying no to those cravings than when I wasn’t pregnant (and tired, and uncomfortable, and sore and wanting just one little sweet to “cheer me up”.)

I did pretty well for the most part. I know that it only takes a few months to create a habit, and I did not want the habit of sweet-eating formed during pregnancy to affect me afterward. So I limited myself to 2 sweets a day (one at work and one at home) and for the most part that helped. But sometimes, sometimes two just wasn’t enough. And if I broke my own limit rule, I felt awful. Awful about my choice, my lack of willpower, and a hormonal funk just sort of settled in. 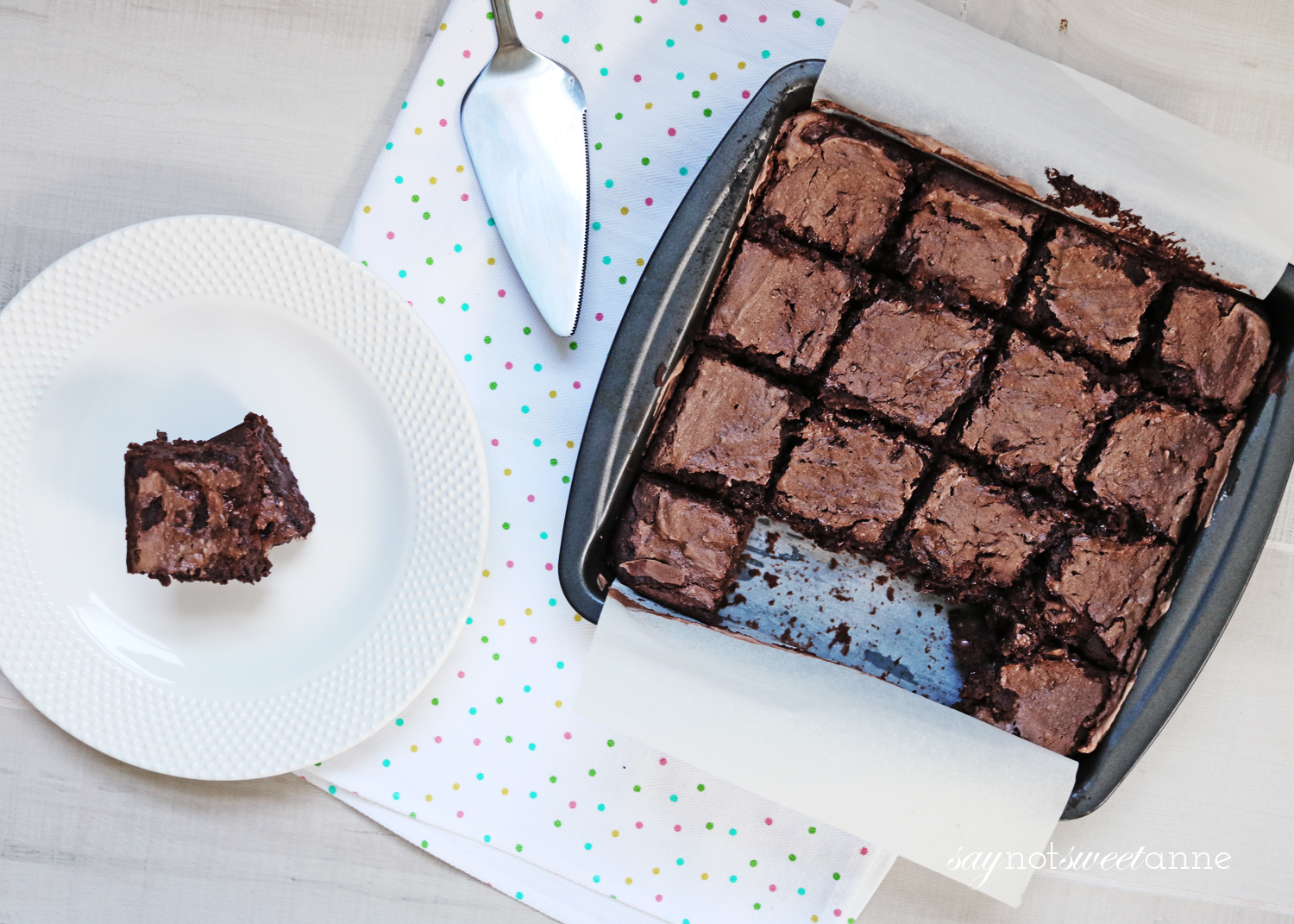 Until these brownies. Inspired by the Amazing Chocolate Covered Katie‘s recipe for Black Bean brownies, I decided to try my hand at it. I’d avoided them for a long time because a) I hate beans in almost anything, so figured I would hate this and b) ew, brownies don’t have beans. But then someone reminded me that some cultures have been using beans in desserts for thousands of years. That coupled with my implicit trust of Katie and the comments on her recipe made me give it a shot. The next thing I knew I’d tweaked the recipe to my liking and then invented a way to get the crackly crust that traditional brownies have and bean brownies don’t. This is the result of those efforts! 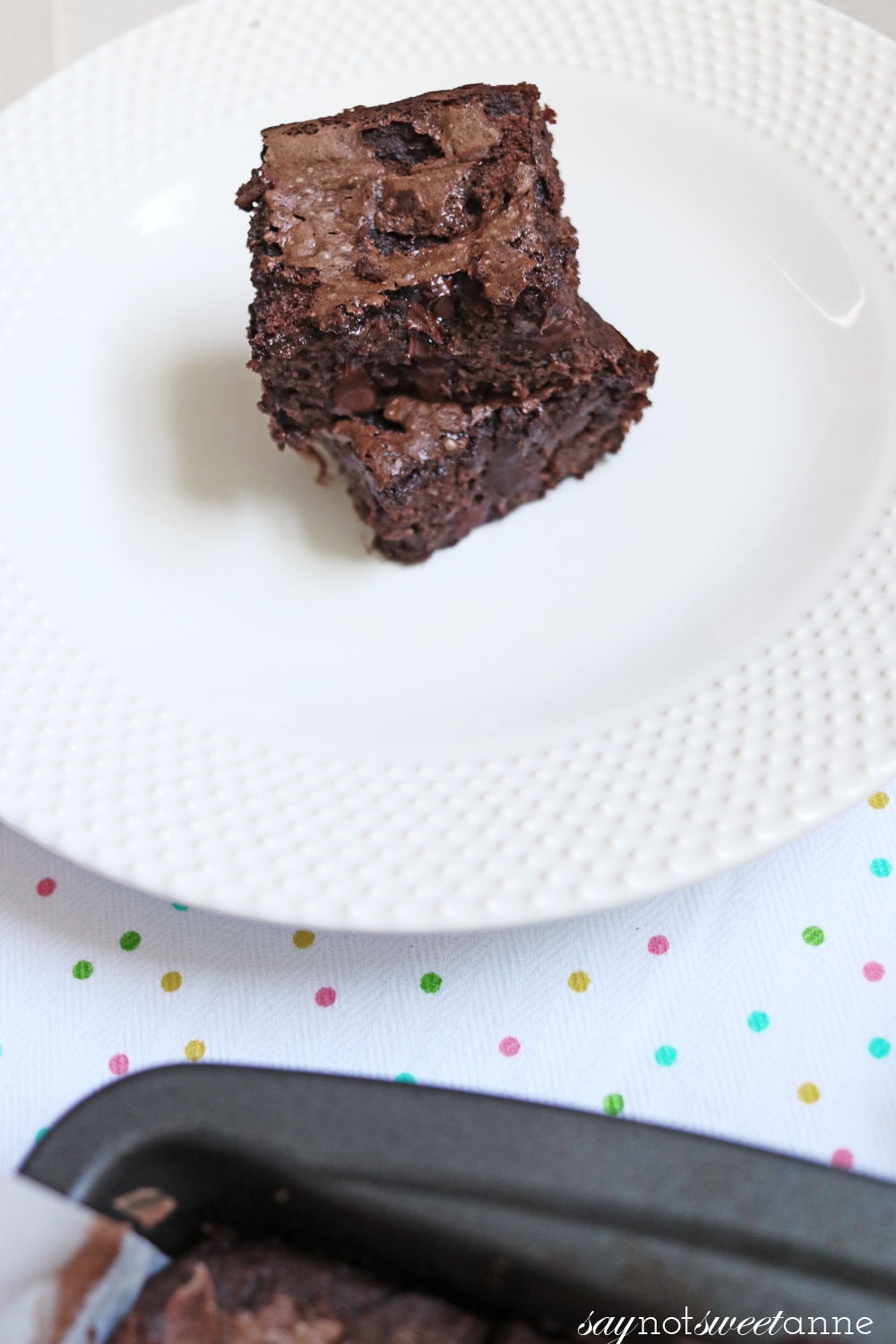 Another cool thing about this recipe, is that if you use gluten free oats (oats are naturally gluten free, but you can’t always trust they haven’t been cross contaminated) then these are gluten free brownies! 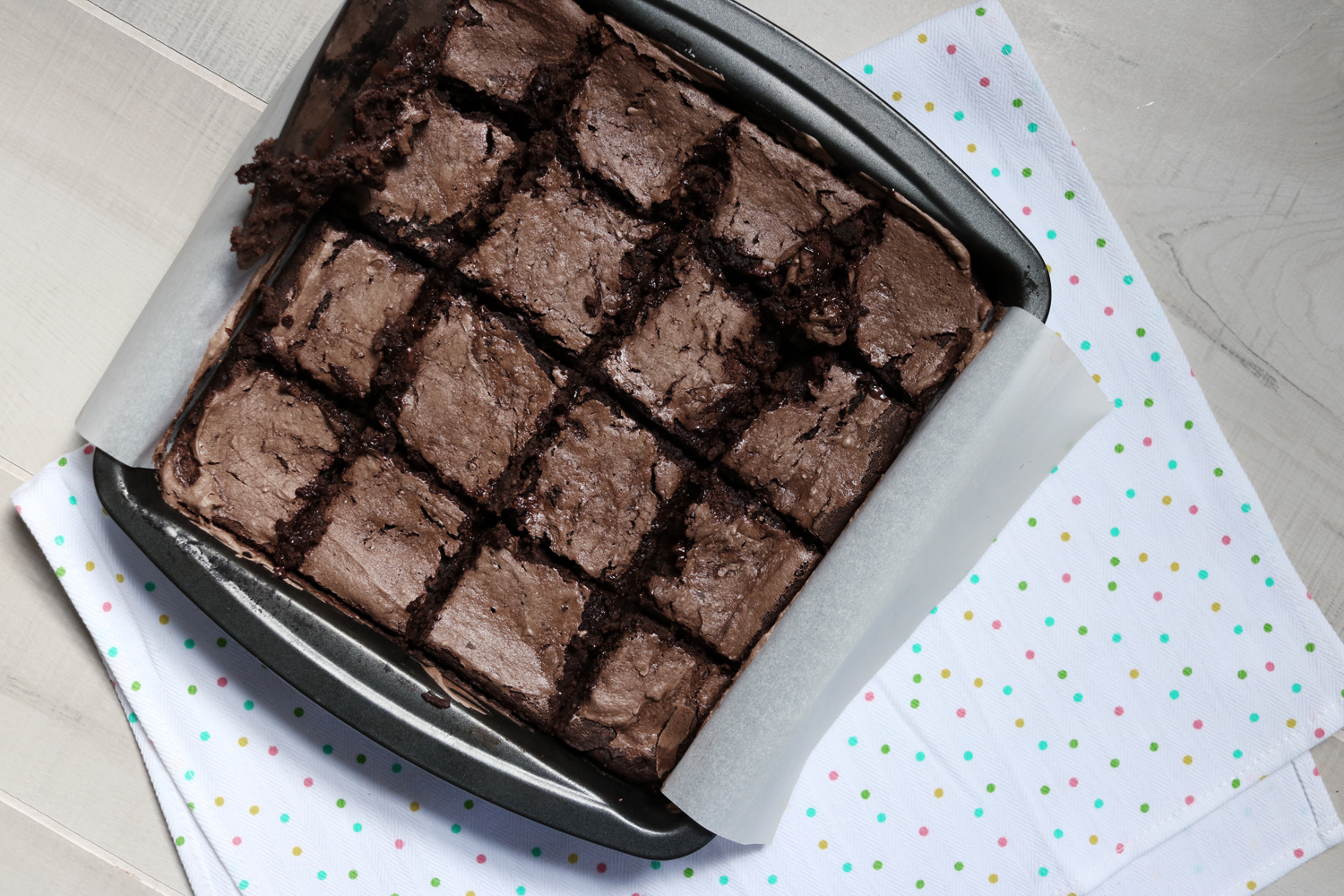