My husband is a gamer. My brother is a gamer. I am a gamer. My poor, dear, mother… is not. And each year I receive at least 5 frantic texts from her asking about one thing or another related to her shopping list. (Usually when she’s in the aisle and has suddenly realized she doesn’t know what she is buying). I can’t say I blame her, navigating the ever-changing waters of modern games is difficult! There are, however, a few rules about video game shopping to learn that will make your (and her!) experience much easier. As my mom has already inspired SEVERAL posts (Like Conversation Hearts BINGO and Christmas Morning Breakfast), I thought I’d dedicate this one to her too. 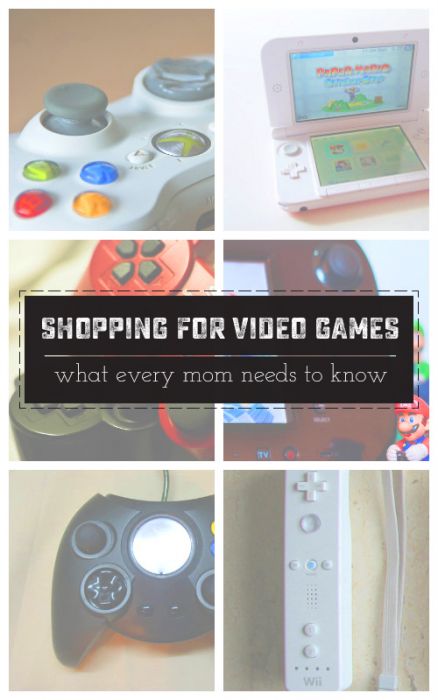 Games lately tend to have a main title, and a sub title. If all you’ve written down is the title of the game, you might find yourself lost when you go to purchase. Rune Factory: Frontiers is different than Rune Factory: Tides of Destiny. Be sure that you get the whole title in your subtle questioning, your outright snooping, or your pumping of friends for information.

Make sure you know for certain not only which game console your child has, but (if they have more than one) the one they want to play on as well. The common ones are Windows (computer), Wii U, Xbox One, Xbox 360, Playstation 4 (PS4), Playstation 3 (PS3), Nintendo 3DS and PS Vita. Some games are available on more than one console or on console AND computer. For example, Minecraft is available on Xbox 360, XBox ONE, PS3 and Computer.

The biggest confusions will be Xbox 360 vs Xbox ONE and PS4 vs PS3 because their names and packaging are so similar. Have a look at the links to see the difference in the look of the consoles. 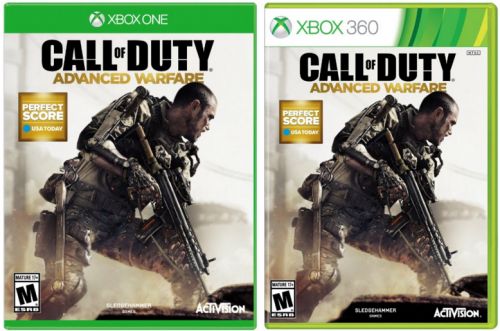 PS4 vs PS3
There is NO compatibility between these two consoles. Only purchase games that specifically state which version of the console they are compatible with.

PSP vs PS Vita
Technically, the Vita can play all the games the PSP could. Except PSP games came on discs, and there is no disc drive in the Vita. So unless you are planning on giving a gift-code to a game in the PlayStation online store, be sure to purchase games specifically for the PS Vita or PSP.

Nintendo 3DS vs Nintendo DS
The Nintendo DS model is a hand held system with two screens. The DS came out originally, but has recently been replaced on the market by the 3DS. Both versions of these handheld systems look very similar. Some of the games released are compatible with both, but others are not. Typically, DS games can be played on both, but 3DS games can only be played on the 3DS. To be safe, make sure you purchase games that say “3DS” or “DS”.

Playing Online
In almost all instances, if your child plans on playing online with their friends, they will need the game for the console their friends are using. For example, a child playing a game on their Xbox 360 will NOT be able to join a session with their friend who plays on the PS4.

3- Know what Accessories are needed

As new games come out, some consoles begin to release additional equipment to play them. A good example is the Wii console’s release of the Wiimote Plus several months after the console, that was required by the new games. If you are purchasing a game that requires additional hardware, it will usually state what it requires on the box.

The new trend of digitally downloaded games throws a bit of a wrench into gift-giving for parents. Basically, almost every console has an online store where you can purchase full games without ever receiving a hard copy of the game. Some games are only available in the online stores. That means that if you want to give them as a gift, you will have to purchase them online and give your recipient a redemption code, OR, you can give a gift card to the respective online store. For computers, the most popular game online store is called Steam.

It’s not exactly as thrilling as wrapping a hard copy of game and putting it under the Christmas tree. To compensate, I usually print off a card with graphics from the game and the redemption code. Then I wrap that up and give it as normal!

It is extremely rare for a newly released game (released in the last 6-12 months) to go on “sale”. The average price for a console or computer game is $60, with $40 being more likely for the hand held consoles. Often, the game manufacturer sets this price, so it will be similar no matter where you shop. (A special note: The Steam online store often does steeply discounted sales of little known games. This might be a great place to get stocking stuffers.)

There are a few exceptions in price. Some games are released with special collectors editions. These are special versions of the game, usually with bonus perks or accessories. They are highly desirable and tend to sell out early. They are also more expensive than the base game itself. If your child has specifically asked for a collectors edition, you might have to pre-order it online. Be prepared to find out it has already sold out.

Additionally, some retailers will create game bundles. This might be the game + an accessory, or a voucher for free online content, or some other bonus. If you like to shop around, see if you can find the game in a bundle for little to no additional cost. That will be the best buy.

Video games are rated in the United states, much like movies. This is a system of letters and numbers that describes the content of the game, and the appropriate age of the player. Many of the most popular teen games are actually developed and marketed toward mature adults. It is up to each parent to understand the maturity of their own child and decide what ratings to allow. Check out the ESRB to learn more about each rating.

Online content, however, cannot be rated. This is the unpredictable element that comes from allowing users to interact with each other online. Some players might act in a lewd or violent way, or create lewd and violent material for your child to download/see/play in. For example, the popular game Minecraft has a huge fan base and some fans have created violent worlds for other players to play in. While the game itself is rated as appropriate for all ages (E for everyone), the player generated content is not rated at all. This is not always controlled by the game and often requires an element of parental involvement and discussion with your child. Make sure to set down rules