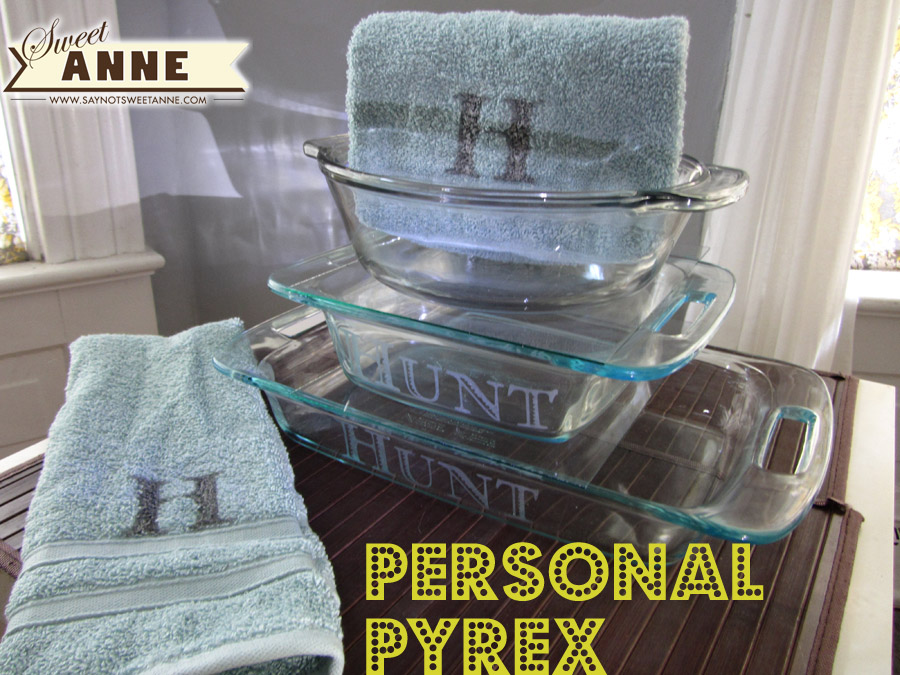 I rarely give store-bought gifts. Its just my nature to make something -hopefully cute- to give a friend or relative. Every now and then I want to give something *extra* special. For example, this weekend was my best friend Amy’s bridal shower. It was my first time really meeting her family, and while I’m not in the wedding I want to do everything I can to make the day special for her. I really wanted to get something she could use, because being a broke new bride is not easy (I would know). But I also wanted to make sure that it was heartfelt, and that she would think of me whenever she saw it.

I finally settled on some Pyrex that she had registered for, with the addition of 2 kitchen towels. I personalized them both.

How To Make It:

Everyone at the shower loved the dishes, and Amy was happy as well. Now she’s all set for potlucks and gatherings- not to mention home-cooked meals for her soon-to-be hubby!